- May 02, 2012
Woodhenge may well be based on the lozenge pattern not just a cross-shaped solar pattern.


My first attempt to work out a structure was based on the solar pattern alone.

I'm pretty sure that there is more going on.

Playing 'join the dots' with Woodhenge is bound to be deceptive though.
There are so many post holes.

And the way they appear to be at the actual site, is no longer how they were. I mean the concrete posts are no longer correctly positioned.

Use the Cunnington's original plan of the site.
Photographs taken to show post positions will not be accurate.

Possibly two post-holes represent just one post in some places, same with The Sanctuary. Both sites were used for a long time, with old posts being replaced and new holes close to the older ones, may have been dug.

I started by drawing lines, hoping to find a pattern. 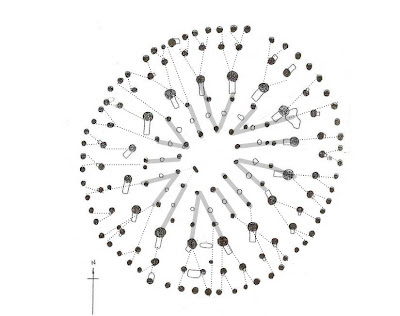 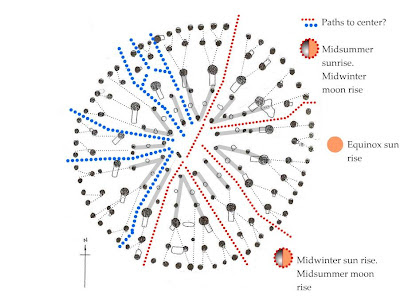 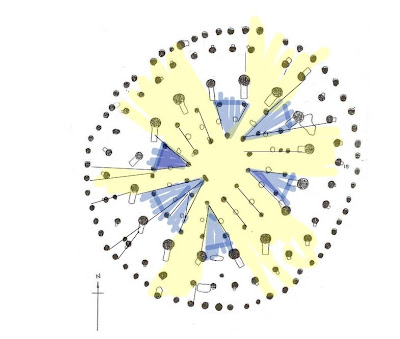 The four solar paths are still there, and as at The Sanctuary something happens at the edges to make the structure more complex. At The Sanctuary it only seems to happen in the SW quadrant. The pattern becomes more complex, it branches out, one post between two.

What else, other than sun and moon?
The Pleiades are just one of the favorite contenders for an alignment within timber-circles..as is Deneb (the north pole of 3000 BC?) and a part of Cygnus...but I don't have a sky map for 3000 BC.

So how would this 'lozenge' pattern work?
Some people think that the Bush Barrow artifact may have been used as a sky-map, a logical extension of the cross (based on solar and lunar positions).

I don't recall much of a sense of circular paths when standing at Woodhenge. Is it not possible that the posts were linked by screens woven between the posts to make corridors, entrances and exits?

There is evidence for 'exclusion' at The Sanctuary and Avebury, for hiding the monuments from view until the last moment ( a bend in the avenue, or the use of hills). Hiding and making secret are as likely themes as the lozenge and solar-paths.

Having spent quite a few hours looking at Maud Cunnington's plan of Woodhenge I am now permanently cross eyed!

But in the end I found a pattern. 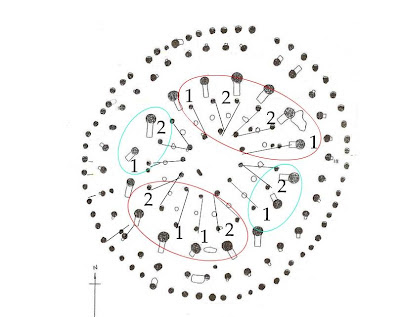 Popular posts from this blog

The bank notes of Heaven and Hell. 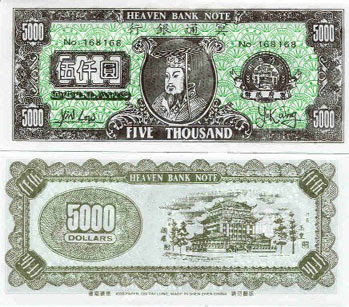 These bank of heaven notes in the picture above, can be bought from Chinese supermarkets. They are recognisably money. The other sort (in picture below) doesn't look like money. It represents gold or silver. The first time I found money for the dead, I didn't know what it was! I had bought the rough bamboo paper version, that has a smear or bold block of silver or gold in its center. I had no idea what these beautiful bits of paper were for. A friend of mine, born in Thailand,  recognised them and was shocked....she told me it was money for the ghosts. Well, at that time I was living above a shrine room, I prayed daily (or more) for the living and the dead, nor had I had her upbringing, so I didn't worry too much about the 'bank notes' or the ghosts, rather I was pleased that there was a tradition for anyone, not just 'religious' people, to think well of ghosts and to wish them happiness. The gold and silver paper is meant to be folded i
Read more

Creation of mankind: the pickaxe.

Not an arrow... It's a pick axe- Whose "tooth is a one-horned ox ascending a large Wall"! From a  stela found at a tophet. Now in The British Museum. http://www.matrifocus.com/LAM09/spotlight.htm From a late 'Babylonian' kudduru. The arrow symbol on both the Carthaginian stela and the boundary marker stone (kudduru) represents a spade, or a pick axe. Eventually it may morph into a symbol of Resheph- Hebrew: the Burner or the Ravager/ flame or the fire bolt-  a West Semitic god of the plague and of the underworld... But not yet. The oldest story concerning this symbol is Sumerian- 3rd millennium B.C . Enlil uses the pick axe to create human beings-   "The Creation of the pick axe." First Enlil separated heaven and earth. Then he brought the Pick axe into being, the Day came forth.. Next Enlil introduced labour, decreed the fate, Upon the Pick axe and Basket he directs the Power, Enlil made his Pick axe exalted... Whose
Read more 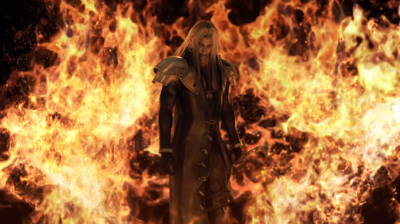 Melqart, properly Phoenician Milk-Qart "King of the City", less accurately Melkart, Melkarth or Melgart , Akkadian Milqartu, was tutelary god of the Phoenician city of Tyre, as Eshmun protected Sidon.  Melqart was often titled Ba‘l Ṣūr "Lord of Tyre", the ancestral king of the royal line. In Greek, by interpretatio graeca he was identified with Heracles and referred to as the Tyrian Herakles. Around 450 BC Herodotus went in search of the origins of the myth of Heracles. He sailed to Tyre and there he found the temple, dedicated to Melqart. Herodotus could see enough similarities between the Greek Heracles and Melqart to seriously question the notion that Heracles was a Greek 'invention'. Herodotus wasn't and still isn't alone in taking this view.  Lucian of Samosata also thought that the temple to Heracles at Tyre was much older than 'Greek'. The land along the coast, the country of Lebanon, had long been a meeting po
Read more

"Not being open about it doesn't make it go away. And because it's true, it is what is there to be interacted with. Anything untrue isn't there to be lived. People can stand what is true, for they are already enduring it.” Gendlin.